To honor departing President and CEO Stuart Adelberg, and in recognition of his 27 years of dedication to the Greenwich United Way and its mission, the organization has established the Stuart Adelberg Community Impact Fund. The Fund was publicly announced at his Farewell Celebration on June 10th.

In announcing this special Fund, Board Chair Karen Keegan elaborated , “Stuart been the heart and soul of the Greenwich United Way, and in the process has earned the high praise and deep regard of countless town leaders through the decades in all areas of community service.  His dedication to meeting local human services needs over his accomplished tenure at the United Way has been a gift of immeasurable proportion both locally and beyond.”

“His personal leadership, and his love of this organization is one of which the United Way family will forever be proud,” she added.

The purpose of the Community Impact Fund is to sustain the Greenwich United Way’s leadership roles in the identification and documentation of local problems, and in creating collaborative and effective solutions, all of which have been central to Mr. Adelberg’s work.

To join us in honoring Stuart’s legacy of being a leader in meeting the needs of the Greenwich community, go to www.unitedway-greenwich.com or Click Here:

With Stuart’s departure the Greenwich United Way Board has appointed Development Director Jeremy Nappi and Director of Community Impact Jenny Byxbee as interim leaders of the organization.  Jeremy and Jenny will work alongside the Board and current staff to keep the organization moving forward, while it proceeds to select a permanent CEO. 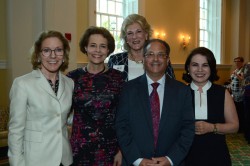 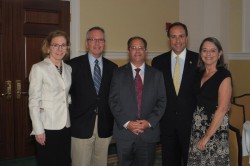